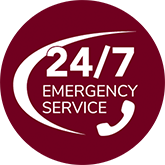 For non-urgent questions, send us a message via our contact form.

The UNGERMAN Team Believes In Giving You The Best Service Possible

We’re a collection of individuals with different skills that, when brought together, help homeowners, property owners, and municipalities quickly fix their damages. Each of us, from our team in the field, to our office team members taking your call, aim to take care of our customers like they were a part of our own families.

Ted Brinkman, CEO, was the first employee of UNGERMAN in 1977. In 2004, Ted and Ron Ungerman Jr. purchased the company from Ron Ungerman Sr. Ted has over 40 years of experience in the industry and has gained a wealth of knowledge in property restoration and problem-solving. He loves coming to work every day and working on new projects. Ted graduated from Minot State University. His hobbies include downhill skiing and boating.

Ron Ungerman Jr., Owner and President, began his career in 1991 after graduating from the Carlson School of Management at the University of Minnesota. Ron has over 25 years of service in the industry. He loves working with clients, many of whom have become good friends over the years. Ron freely admits, “My hobbies and interests are based on my family. Whatever my wife and two kids are doing – that is where I want to be!”

Lindsey Uselding, Owner and Vice President, strives to build a great team by empowering employees and assisting clients. Graduating from the University of Wisconsin–Madison with a Business Degree, Lindsey began her career at Target as a store manager before joining UNGERMAN in 2013. Lindsey loves downhill skiing and enjoys time at their lake home with her husband, two daughters, friends, and family.

Kirsten Meehan, Owner and Estimator, began at UNGERMAN in 1998 painting and doing demolition work as a summer job. After graduating from University of Wisconsin–Madison in 2004, she became a full-time employee as a project manager. Kirsten loves helping homeowners make the selections that they’ve always wanted to change in their home. Outside of work, Kirsten loves to golf, run, read and enjoy life with her husband and two kids.

Serving the Entire Twin Cities Metro and Beyond